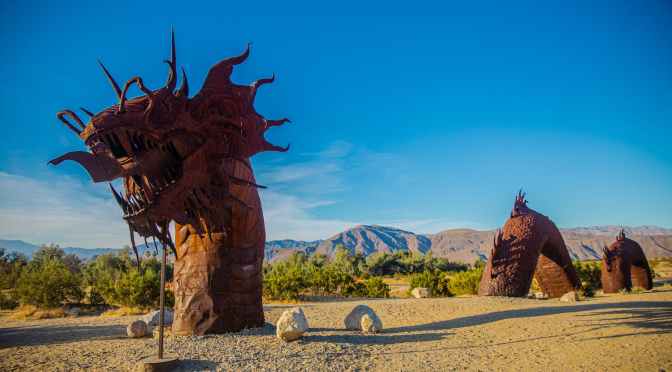 The Beast of Revelation is the embodiment of the ancient power that has been stalking the saints since the fall of Adam.

History repeats itself. It is littered with past efforts by tyrants and regimes to dominate the earth. Each may experience some success, but every empire that has appointed itself sovereign over humanity has floundered in the end. The kingdoms of Nebuchadnezzar and Caesar ceased to exist centuries ago.

The imperial effort never ceases. And so, today, we find the latest manifestation of the Empire marching across the globe, imposing its will, seducing Christians, and subjugating nations that refuse to bow to its demands.

All this raises the question – Why? Why does this pattern repeat over and over again? Why do men embrace corrupt and tyrannical powers again and again despite the lessons of history? Is it because, collectively, humanity never learns? That is certainly the cynic’s answer. Or are nefarious groups of conspirators working behind the scenes from one generation to the next to impose a New World Order?

The Bible provides a clear explanation. There certainly is a conspiracy operating behind the scenes, but it is the ancient strategy of the Devil in his cosmic war with the Creator of all things. His tactics and puppets may vary. He changes earthly agents and rebrands ideologies as needed. But his objective remains the same – to destroy the people of God.

In the book of Daniel, the Neo-Babylonian empire is called the “land of Shinar,” a reference to the first attempt to start an empire recorded in the book of Genesis, the Tower of Babel incident.

Like the original Mesopotamian kingdom, Nebuchadnezzar imposes one language on his domain, and he erects a great high “image” in the Mesopotamian “plain” where he will assemble all the nations and peoples of his empire to pay homage to his majesty and sovereignty – (Genesis 11:1-9, Daniel 1:1-4, 3:1-9).

In the second chapter of Daniel, the king dreams of a great image consisting of four sections. Each is composed of a different material. Its head of gold represents Nebuchadnezzar, and the remaining sections symbolize three kingdoms that will rise in succession after Babylon – (Daniel 2:1-48).

But Nebuchadnezzar sees only one figure. Each kingdom is a part of a single whole. In the end, the kingdom of God represented by the “stone cut without hands from a mountain” strikes the image on its feet, turning the entire edifice into dust – all four kingdoms perish together.

We see this same reality in the seventh chapter when Daniel sees four “beasts” ascending in succession from the sea. They represent kingdoms, beginning with Babylon. The first three display the characteristics of known animals – the lion, the bear, and the leopard – (Daniel 7:1-25).

But the fourth beast is so horrific it has no analog in the animal kingdom. It is a monstrosity with “ten horns,” and it is “diverse” from its predecessors. It wages “war on the saints,” and for a time, “it prevails against them.”

But the fourth kingdom is destroyed when “judgment is made FOR the saints” by the “Ancient of days,” and the saints “possess the kingdom.”

What is striking is that despite their previous demise, the lives of the first three kingdoms continue in the fourth. “But a lengthening of life was given to them” until the fourth kingdom is destroyed and “given to the burning fire.” As in chapter 2, the entire age-old structure is destroyed at once by divine intervention.

THE BEAST FROM THE SEA

In the book of Revelation, Satan is the “Great Red Dragon,” the “Ancient Serpent” determined to destroy the “woman” and her messianic “son.” This echoes the old story in which the “serpent” tempted and overcame Eve.

But though the “Dragon” may bite the heel of the “son,” the latter defeats the former when God raises him to His “throne.” The context makes clear the “son” is none other than Jesus who has “overcome” the Devil by his death and resurrection – (Revelation 12:1-17).

At that time, the “Dragon” is expelled from heaven, having lost his prosecutorial powers. But he is not done, and he sets out to “wage war” against the “seed of the woman, those who have the testimony of Jesus.” We next see him standing on the seashore as he summons his own “seed” from the sea, the single “Beast” with seven heads and ten horns that John sees “ascending from the sea” – (Revelation 13:1-10).

This beast has the same animal characteristics as Daniel’s four “beasts from the sea” – the “ten heads,” the leopard, the bear, and the lion. But John sees them ascending in reverse order from Daniel’s vision, almost as if he is looking back through time.

Moreover, John sees only ONE CREATURE that combines all the features of Daniel’s four separate beasts. It is related to them, but it is also something beyond them, and very likely, something far worse.

And John’s “beast” exercises all the authority of the “Dragon.” Satan is the power behind the throne, and the “beast” is granted sovereignty over the peoples and nations of the earth. It uses this imperial power to “wage war against the saints and to overcome them and kill them,” echoing the language from Daniel – (Daniel 7:21, Revelation 13:7).

The preferred weapon of this “beast” is not military might, but ECONOMIC control. It sanctions any man who refuses to give it total allegiance. In the “beast,” the Empire demands a level of loyalty and veneration that belongs only to God.

All men who choose not to pay homage to the “beast” and its “image” but instead to follow the “Lamb” are excluded from the ECONOMIC life of the Empire. No man may “buy or sell” without the beast’s “mark.” At a minimum, this means deprivation and poverty for its victims.

And this makes perfect sense since the “beast” is allied with and “ridden by” ancient Babylon, the “Great Whore” who has been seducing the nations from time immemorial with her false religion and ECONOMIC delights. She is integral to world commerce, and the Empire cannot operate against the “saints” without her – (Revelation 18:1-23).

But this imperial monstrosity does not appear out of nowhere. It is something the world has seen many times. Its seven heads represent seven “kingdoms.” At the time of John’s writing, five of the “heads” have already fallen. The sixth “head” is alive and well, and it can only be the Roman Empire. The “Ancient Serpent” lives on in Caesar – (Revelation 17:7-12).

But Rome, also, falls. But before the end of the age, the world will see the rise of the last “head.” It is the “seventh” but is also an “eighth.” It is from the same imperial lineage as its predecessors, but it is also something beyond them.

This final beastly iteration includes all the ambitions and inhumanity of Egypt, Assyria, Persia, Babylon, Greece, and Rome, only now fueled by the enraged “Dragon” who lashes out in his death throes as his end draws near.

This will be the last incarnation of the Empire that Satan will use in his final attempt to annihilate the “saints.” And his “war” on the followers of the “Lamb” may begin with economic sanctions, but it will end with the martyrdom of many faithful disciples.

After all, the past martyrs must wait “underneath the altar” until the full complement of their “brethren who are going to be slain even as them” is assembled. But their deaths will be the Dragon’s undoing, for the “brethren” overcome him by the “word of their testimony, and because they love not their lives unto death” – (Revelation 6:9-11, 12:11).

Thus, though it has many forms, throughout human history there has been one imperial power with one primary objective – to destroy the people of God – previously, the faithful remnant of Israel, and since the death and resurrection of Jesus, the church.

History “repeats” because Satan has been pushing the same agenda since the Tower of Babel, if not the Garden of Eden. While its latest form may crumble from time to time, the Empire continues to live.

And so, the church must remain ever vigilant, watching for the rise of the final “beast” from the sea that will use all its resources to destroy the people of God.

And today, once more, we see a vast imperial power on the march across the earth, a regime that uses economic sanctions promiscuously against entire nations and peoples that do not bend to its will, even against corporations and individuals. It is a monstrosity that manifests many of the characteristics of its predecessors, but especially those of the Roman Empire.

Will it succeed? Will it become the “seventh” kingdom that is also “an eighth”? Only time will tell.

Empires come and go, and they often fall suddenly and unexpectedly. The book of Revelation also states that the “beast from the sea” cannot launch its final assault against the church until authorized to do so. It was “given to the beast to make war on the saints.” The “Lamb” who reigns from the “throne” is in firm control of earthly events.

Nevertheless, it would be foolish to ignore the present possibilities and dangers, the “beast” that is even now lurking in plain sight, for its true goal is to prevent the establishment of Christ’s total sovereignty over humanity and the earth.