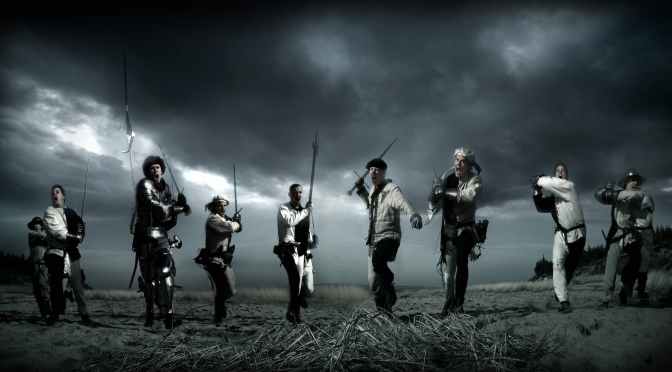 The several wars in Revelation all present the same final assault by Satan against the saints of the Lamb.

We often read the visions of Revelation as if they are presented in chronological sequence, an assumption that creates difficulties when interpreting the several battle scenes depicted in chapters 11, 12, 13, 16, 19, and 20. Do they portray different “final battles” that occur at different times, or is the same war presented from different perspectives?

But it is necessary for us to recognize the literary links between the several visions, as well as how the book employs Old Testament language in them, especially language from the same two passages in Daniel and Ezekiel that are found in the descriptions of this final battle in Revelation.

Moreover, whatever the source, the language used in the book when portraying this last great war always refers to it in the singular.

In chapter 11, the “two witnesses” are identified as two “lampstands,” and if the book’s symbolism is consistent, they must represent churches (“the seven golden lampstands are seven churches”) – (Revelation 1:19-20, 11:4-7).

After completing their mission, the “beast ascends out of the Abyss to make war with” the “two witnesses” (poiései met’ polemon). The Greek term rendered “war” – polemon – is in the singular number. This is “THE war.”

And the clause alludes to the passage in Daniel about the “war” of the “little horn” against the “saints,” and Revelation uses the Greek Septuagint version of that verse. And this same passage from Daniel is employed several times in the book to picture the “war,” singular, against the followers of the “Lamb”:

In its original context, the prophecy referred to the attempt to annihilate the “saints” by the malevolent king known as the “little horn” from the “fourth beast from the sea.”

The book of Revelation applies this verse to the assault on the “two witnesses” by the “Beast from the Abyss.”

WAR AGAINST THE WOMAN’S SEED

Following the exaltation of the messianic “Son,” war breaks out in heaven between Satan and Michael the Archangel. The Devil is called the “Great Dragon, the Ancient Serpent, the Adversary, and Satan.” Having been “cast to the earth,” and now enraged because his time grows short, the Serpent begins to execute his plan to destroy God’s people – (Revelation 12:1-17).

After failing to destroy the “Son” and the “Woman,” he then makes “war with the rest of her seed.” The clause alludes again to the passage in Daniel, and once more, it refers to only one “war” – “THE war.”

The “rest of the woman’s seed” is identified as those “who have the testimony of Jesus,” namely, the “saints.” The possession of the “testimony of Jesus” also characterized John of Patmos and his “fellow participants in the tribulation,” the “seven churches of Asia” – (Revelation 1:9, 6:9, 19:10, 20:4).

WAR AGAINST THE SAINTS

Next, John sees the “beast ascending from the sea.” This is the same “beast” that he just saw “ascend from the Abyss” to wage “war” on the “two witnesses.” The “sea” is identical to the “Abyss”; they both point to the dark source of malevolent creatures that appear in Revelation – (Daniel 7:1-8, Revelation 11:4-7, 13:1-10).

And in chapter 13, it is “given to the beast to make war with the saints and to overcome them.”  The same Greek verb, infinitive, and preposition are used here that were used in the preceding visions to describe the “war” against the “woman’s seed” – (Revelation 13:1-10).

Moreover, in the present passage, the complete first stanza from Daniel is employed. In the past, the “little horn made war with the saints and overcame them,” and now, the “beast from the sea” rises to “make war with the saints, to overcome them and kill them.” And he overcomes them by imprisoning and killing them:

Under discussion is the persecution of the “saints,” not any conventional war waged between nation-states.

The “sixth bowl of wrath” dries up the Euphrates River to prepare for the attack by the “kings of the east.” Demonic spirits cause the “kings of the whole habitable earth” to assemble for the final battle with “God the Almighty” at “Har-Maggedon,” meaning the “mountains of Megiddo. The description alludes to Ezekiel’s vision of “Gog and “Magog”:

“To gather the kings of the earth to the war.” This last phrase translates the Greek clause sunagagein autous eis ton polemon. Once again, the word “war” is singular and has a definite article, and once more, it is not another war but “THE war,” in this case, the war of the “great day of God the Almighty” at “Armageddon.”

This is THE climactic battle between the “Dragon” and God. It is in fulfillment of the messianic prophecy from the second Psalm, a passage applied previously to the “Son” who is destined to “shepherd the nations” – (Psalm 2:1-2, Revelation 12:5).

The “kings of the earth” are gathered at the instigation of God to fulfill His purpose – to destroy “Babylon.” This force is gathered in a place called “Armageddon.”

The geographic reference is not literal, and this is indicated by the word’s meaning – the “mountain of Megiddo.” Megiddo is a level plain with no visible mountain, and elsewhere, it is called the “plain of Megiddo” – (Zechariah 12:11).

The language of “gathering together” alludes to the Greek Septuagint version of Ezekiel’s battle scene when the army of “Gog and Magog” invaded Israel. In the prophecy, that army is destroyed on “the mountains of Israel.”

In the “sixth bowl of wrath,” the attacking force is destroyed at “Armageddon,” namely, the “mountain of Megiddo” – (Ezekiel 38:1-13).

WAR AGAINST THE LAMB

The same battle is described again in chapter 19, and once more, the relevant passage employs language from Ezekiel’s vision of “Gog and Magog”; here, the vision of the “Rider on the White Horse” – (Ezekiel 39:17-20, Revelation 19:17-21).

At the end of this vision scene, the “beast and the false prophet” are cast “alive into the Lake of Fire (puros) that burns with brimstone (theiō). The description borrows language from Ezekiel’s vision when Yahweh rained “fire and brimstone” on “Gog” and his armies – (pur kai theion – Ezekiel 38:21-22).

The “great supper of God” in chapter 19 corresponds to the “great day of God the Almighty” described in the “sixth bowl of wrath.”  It also parallels the “sacrificial feast which I am preparing” for the “birds of the air” in the vision of “Gog and Magog” in Ezekiel – (Ezekiel 39:17-20, Revelation 16:12-16).

And so, now, the forces of the “beast” gather “to make war with” the “Lamb.” The parallel language in all four passages is based on Daniel 7:21 – “The horn made war with the saints and prevailed against them.”

In chapter 19, the armies of the “kings of the earth” are destroyed, the birds of the air feast on their corpses, and the “beast and the false prophet” are cast into the “lake of fire and brimstone.”

So, also, in the book of Ezekiel, the armies of “Gog and Magog” were destroyed, the “birds of the air” feasted on their corpses, and Yahweh rained “fire and brimstone,” destroying the invading force.

Thus, Revelation universalizes the language from Ezekiel. The army of “Gog and Magog” is no longer limited to the regional enemies of Israel but now includes all the “kings of the earth and their armies.”

AGAINST THE CAMP OF THE SAINTS

At the end of the “thousand years,” Satan is released “to deceive the nations in the four corners of the earth, Gog and Magog, to gather them together for the war, the number of which is as the sand of the sea” – (Revelation 20:7-8).

This attacking force is identified as the “nations from the four corners of the earth.” The Greek clause rendered “to gather them together for the war” is the same exact clause that was employed in the preceding visions – (sunagagein autous eis ton polemon).

Thus, using language from the books of Daniel and Ezekiel, the book of Revelation presents several visions that each picture the final assault against the saints by Satan and his earthly forces. The language of “war” is used metaphorically to depict the persecution of the “saints” by the enemies of the “Lamb.”