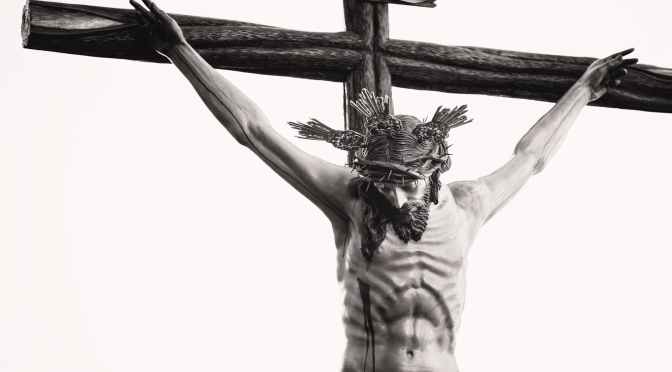 Christians who claim that Old Testament promises are “fulfilled” in Jesus rather than national Israel are accused by some of “Replacement Theology.” This charge is made against any perceived claim that the church has “replaced” Israel in God’s redemptive plan. The controversy amounts to semantics; a false dichotomy. But what does Scripture have to say on what God accomplished in Jesus?

In John’s gospel, Christ is the true Tabernacle where the unveiled glory of God resides (John 1:14-16).  In him, “grace instead of(anti) grace” has arrived.  The Law came through Moses, but “grace and truth came to be in Jesus” (John 1:17).  Jesus is the true Temple in whom the true worshippers of God worship Him “in the Spirit and truth,”, not in a physical building in Jerusalem or any other sacred location (John 2:19-21, 4:23-24).

The ancient feasts of Israel, likewise, find their fulfillment and meaning in Jesus; without him, they become little more than agricultural celebrations, historical remembrances, and calendrical rituals (John 7:37-39). He is the true and “living bread from heaven” that imparts life; not the manna that was given by Moses in the Wilderness (John 6:50-51).

The book of Acts records how on the day when the Feast of Pentecost was “fully filled up” (sympléroō – Acts 2:1), God’s Spirit was poured out on all the saints gathered together “with one accord.” Peter proclaimed that this was the fulfillment of the promised Spirit announced centuries earlier by the prophets (Acts 2:16-21; Joel 2:28-30). It was the “promise of the Spirit” given by Jesus upon his exaltation to God’s right hand, now imparted to his followers. The long-awaited gift of the Spirit promised in the Old Testament began to be poured out that day, a process that continues until Jesus returns in glory.

In the book of Galatians, the Apostle Paul explains that Jesus came to “redeem us from the curse of the Law; having become a curse in our behalf.” This was so “the blessing of Abraham should come to the Gentiles” (Galatians 3:13).  The promise to Abraham and to his “seed” found its fulfillment in Jesus and in his people. The Law was given to serve as a custodian until the time of fulfillment when the “seed” arrived (Galatians 3:19-24).  Now that Jesus had arrived, the time of the “custodian” came to an end and he became the “end of the Law for righteousness to all who believe” (Galatians 3:25; Romans 10:4).

The Law was an interim stage between the initial promise and the final fulfillment. Jesus came in “the fullness of time” to redeem the ones under the Law (Galatians 4:4-7), consequently, they who are “in Christ” no longer can be “Jew or Greek; bond or free; male and female.” The old social divisions no longer are relevant. All who have “put on Christ” are now one body in him; “Abraham’s seed and according to promise; heirs” (Galatians 3:26-29; Colossians 3:11). The definition and status of the one covenant people of God have forever changed.

To return to the jurisdiction of the “custodian” is regression, replacing the liberty bestowed by the Spirit with the death-dealing letter of the Law and its accompanying curse (2 Corinthians 3:6-7; Galatians 3:10; 5:1-3).

The letter to the Hebrews declares how God “in many parts and many ways long ago spoke to the fathers in the prophets; upon these last of days he spoke to us in a Son.”  Before his arrival, God spoke partially; here a little, there a little. Now He speaks with finality in His Son. God’s previous word was true but promissory; preparatory but not complete.

The Law was incomplete and not without shortcomings.  The fact that a new priesthood was necessary demonstrates the need for a change of law (“for the priesthood being changed; there is made of necessity a change also of the law”), a setting aside of the former commandment because of “its weakness and unprofitableness; for the Law was unable to make anyone complete.” Jesus is the “guarantee of a better covenant legislated on better promises.” If the first covenant had been “faultless” there would have been no need for a second (Hebrews 7:11-22, 8:7).

The Old Covenant constituted “glimpses and shadows of the heavenly realities,” copies or patterns of the heavenly and real things. The Old Regime became obsolescent by the vastly superior covenant established in the Son (Hebrews 8:5; 9:9-10; 9:23-24).

“Let no one; therefore; be disqualifying you in eating and in drinking; or in respect of feast or new moon or Sabbath; which are a shadow of the things to come; whereas the substance is of the Christ.” To turn from the substance to the shadow is regression, not progress or illumination (Colossians 2:9-17).

All of us were once “dead because of our trespasses and sins…but God being rich in mercy…gave us life together in Christ by grace,” whether Jew or Gentile. Gentiles were previously “separated from Christ; alienated from the citizenship of Israel and strangers from the covenants of promise; having no hope and godless in the world; yet now in Christ Jesus we who at one time were afar off have been made nigh by the blood of the Christ” (Ephesians 2:1-5, 2:11-13).

Jesus is the promised Seed of Abraham and the Messiah of Israel who:

“Dismantled the middle wall of partition and in his flesh brought to nothing the law of commandments in decrees; that the two he might create in himself into one man of new mold…no longer are they strangers and sojourners; but fellow-citizens of the saints and members of the household of God…built on The foundation of the apostles and prophets; there being for chief cornerstone Jesus Christ himself; in whom an entire building is being fitly joined together growing into a holy Temple in the Lord…a habitation of God” (Ephesians 2:14-22. Cp. 1 Corinthians 3:16; 2 Corinthians 6:16).

Members of his body are to keep “the oneness of the Spirit in the uniting bond of peace;” for in Christ there is only “one body and one spirit…one Lord; one faith; one baptism; and one God and Father of all.” The one God of Israel is God of both Jew and Gentile; “who will declare righteous the circumcision on the basis of faith and the uncircumcision through the faith” (Ephesians 4:3-6, Romans 3:29-30).

The Church consists of believers in Jesus, whether Jews and Gentiles, who are now “resident aliens” and “sojourners” in this world, a people without a national homeland who, nonetheless, possess the incorruptible inheritance of salvation to be “revealed in the last ripe time.” This glorious salvation the prophets of the Old Covenant “sought out and searched out,” to whom it was revealed that not to themselves but to us they were announcing these very things (1 Peter 1:1-6, 1:10-12).

Christians are the “living stones being built up into a spiritual house for a holy priesthood; to offer spiritual sacrifices well-pleasing unto God through Jesus Christ.” This honor is to “those who believe,” regardless of ethnicity or gender. We are now, in Christ, “a chosen race; a royal priesthood; a holy nation; a people for a peculiar treasure,” a people that “at one time were a no-people but now are the people of God.”

Note well how Peter strings together several passages originally applied to Israel but now to the church of Jesus Christ, especially the call given to Israel at Sinai to become a “kingdom of priest” (1 Peter 2:4-10. Cp. Exodus 19:5-6).

According to the book of Revelation, Jesus by his blood established his church to be “a kingdom of priests for his God and Father.” The slain Lamb is worthy of all authority because, “by his blood, he redeemed unto God men out of every tribe and tongue and people and nation; and made them a kingdom and priests unto our God”; a company that is in process of becoming a “great innumerable multitude from every nation” that will stand before the throne of God and the Lamb (Revelation 1:6; 5:10; 7:9; 20:6).

This theme of fulfillment in Jesus is threaded throughout the New Testament. It is in him, not in the Torah, that “all the promises of God are; ‘Yea!’; and in him; ‘Amen!‘”  God defeated Sin, Satan, and Death, not on the altar of the Jerusalem temple, but on Calvary outside of the Temple and the City (2 Corinthians 1:20).

The “mystery of God” hidden in past ages has been revealed in Jesus Christ, especially in “Christ crucified,” NOT in national Israel, the Hebrew calendar, the Levitical system, Jerusalem, or in a Temple “made-with-hands” (Romans 16:25; Ephesians 3:3-5; 1 Corinthians 2:1-9).

If all this constitutes “Replacement Theology,” so be it.  But if the substance of God’s Promises has now arrived in Jesus Christ, why return to the types and shadows of the old partial revelation? Or, to borrow a phrase from Pau, did Jesus “die in vain” (Galatians 2:20-21)?

4 thoughts on “Fulfillment or Replacement?”